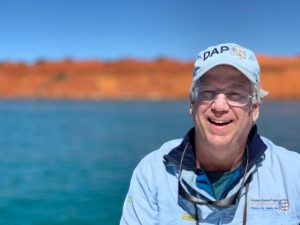 Prof. Connor co-founded the Shark Bay dolphin research project in 1982 (with Rachel Smolker), is a Principal Investigator of the Dolphin Alliance Project (DAP) and President of an American Foundation, the Dolphin Alliance Project, Inc., that is seeking contributions to continue funding DAP research. The main focus of Prof. Connor’s work is dolphin behaviour and the males’ alliance relationships. He examines alliance relationships from a broad, comparative perspective and has developed new theory on alliance formation and cooperation in general.

Prof. Connor has published over 80 scientific articles and book chapters on dolphins and his other major interest, the evolution of cooperation and mutualism. His research has been published in top scientific journals (e.g. Nature, Proceedings of the National Academy of Sciences, Proceedings of the Royal Society), featured in television documentaries, including the National Geographic Society’s Dolphins: the Wild Side and NOVA’s The Private Lives of Dolphins, and reported in major news outlets (e.g. The New York Times, Science Online).

The Dolphin Alliance Project’s research has produced important discoveries with profound implications for understanding the evolution of large brains and intelligence, including that in humans. Accordingly, Prof. Connor has been invited to speak to academic audiences in a range of disciplines, including biology, anthropology, psychology and even political science, and at such prestigious institutions as Harvard, Yale, Oxford, the École Normale Supérieure in Paris and the Royal Society of London. He is available for public speaking engagements. 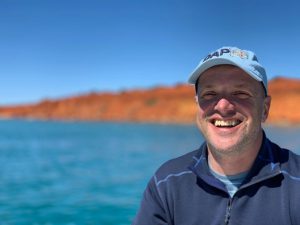 Michael is a Professor of Evolutionary Anthropology and Genomics at the University of Zurich. His broad interests are in the social evolution of both primates and cetaceans. Using modern DNA techniques, his work focuses on relationships among cooperating individuals, measuring the number of paternities, and trying to link genetic population structure with social correlates. Prof. Krützen’s group at the University of Zurich also work on the demographic reconstruction of animal populations and delineation of conservation units.

Prof. Krützen has also been fascinated by the study of how knowledge is transferred in primates and cetaceans. His work on social transmission of tool use in dolphins in Shark Bay and orang-utans in Borneo and Sumatra has helped further our understanding of how culture has evolved in humans. 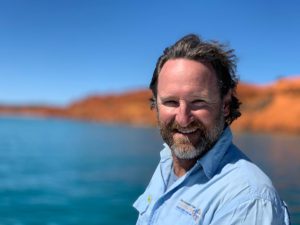 Simon is a Senior Lecturer at the University of Bristol, a Research Associate at the University of Zurich, and an Adjunct Research Fellow at the University of Western Australia. His research interests include the social and foraging behaviour of dolphins, and assessing the impacts of fisheries, tourism and climate breakdown on marine fauna. Improved wildlife conservation and better management of the ways in which humans interact with wildlife are the end goals.

Dr. Allen has thus far published over 60 scientific articles (as well as a few book chapters and species accounts) on dolphins, whales, reptiles and other fauna. He first ventured to Shark Bay in the year 2000, was left in awe, and has been returning ever since.

Simon is a PI at Shark Bay Dolphin Research, an obsessed field biologist, photographer and drone pilot, and now often works with production companies and film crews in order to spread the good word about the natural world. You can follow his occasional rants about politics, the environment or how much he loves dogs on Twitter: @SimonJAllen1. 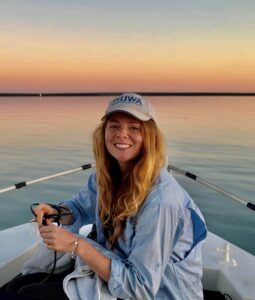 Stephanie is an Associate Professor in Animal Behaviour at the University of Bristol, UK. She is also an Adjunct Research Fellow at the University of Western Australia. Her research interests lie in understanding the role vocal communication plays in mediating complex social behaviours, such as cooperation, in animal systems. The nested structure of male alliance formation found in the Shark Bay dolphin population provides a unique opportunity to understand the interplay between vocal communication and cooperative strategies. Her group uses techniques such as hydrophone arrays, overhead video and sound playback experiments to explore the role of communication in the formation and maintenance of male alliances, and the communicative strategies these males employ when making decisions of when and with whom to cooperate.

Much of Dr. King’s work involves using long-term behavioural data, alongside logistically challenging field experiments, to address questions on the evolution of identity signalling in the animal kingdom, mechanisms underlying polyadic cooperation, and the consequences of anthropogenic disturbance on marine mammals. Dr King regularly publishes in high-ranking journals aimed at generalist audiences, as well as top specialty journals, such as Proceedings of the National Academy of Sciences, Current Biology, Nature Communications, Methods in Ecology and Evolution and Proceedings B.

Dr. King’s research has received worldwide media coverage and has been the focus of TV documentaries such as BBC’s Britain’s Secret Seas (2011),  Winterwatch (2014) and Chris Packham’s Animal Einsteins (2021), radio broadcasts (BBC, ABC and NPR), and has featured in many high-profile science magazine articles (e.g. New Scientist, Scientific American, Science Magazine, and National Geographic, amongst many others). 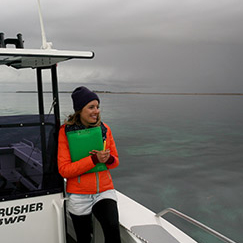 Livia is a post-doctoral fellow at the University of New South Wales and a research associate at the University of Zurich. Her research interests are focused on the evolution of cooperation and social bonds. For her studies, she combines (epi)genetic and long-term behavioural data. For her PhD, she demonstrated that male-male social bonds are connected to direct fitness benefits. Currently, she investigates the influence of reproductive and social factors on ageing in bottlenose dolphins. 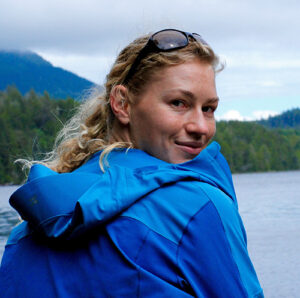 Katharina is a behavioural ecologist with a particular fascination for marine mammals. Her research interests lie at the interface of animal behavior and distribution, population ecology and evolutionary biology and how to apply this information to better manage the conservation of wild populations and their associated environments. Her project synthesizes unparalleled genomic and behavioural data of bottlenose dolphins  spanning 35 years, to compare lifetime reproductive success of males and females. Recent advances in statistical methodology and genomic analyses of wild animal populations allow us to integrate molecular age determination via epigenetic DNA methylation patterns with long-term behavioural and genetic data. 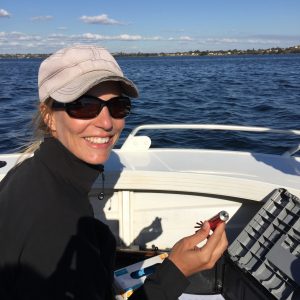 Delphine’s research interests have primarily focused on understanding population ecology and genetics of coastal and estuarine dolphins. She completed her PhD thesis in July 2017, in which she assessed the demographic, social and genetic structure of Indo-Pacific bottlenose dolphins inhabiting coastal and estuarine waters of Perth, Western Australia. She has assisted on a number of projects involving coastal dolphin species around the vast Western Australian coastline. 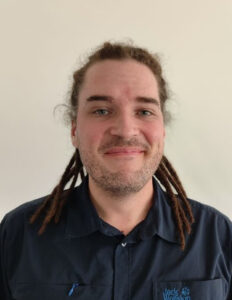 Sam uses genomic methods to study variation both within Shark Bay and broadly along the Western Australian coastline. His project focuses on demographic reconstruction of the coastal colonization history which not only helps us understand how and when different dolphin populations were established, but also informs us about the degree of genetic connectivity between them. 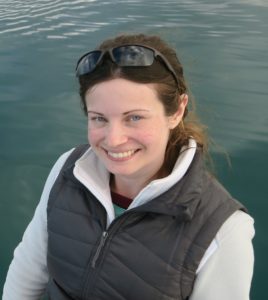 For her PhD Katy is investigating the ontogeny of alliance formation in the Shark Bay dolphin population. She is focusing on the development of vocal and physical behaviours that mediate social bonds, and investigating how social development during the juvenile period shapes the formation of these alliances and affects the future social roles and fitness of individual males. 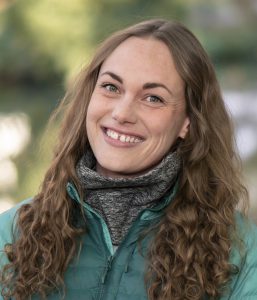 For her PhD, Pernille is investigating the ecological, social and anthropogenic drivers that may influence the evolution of communication systems and cooperative behaviour. She is measuring ambient noise, sound propagation and source levels of dolphin vocalisations in Shark Bay to understand how spatio-temporal variations in detection range across habitat types affects alliance behaviour and mating success. 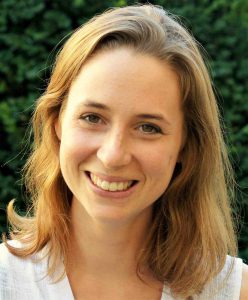 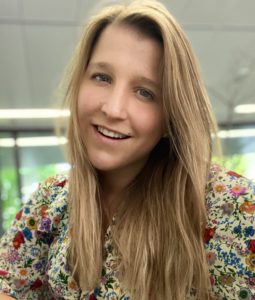 For her PhD, Svenja will use a seascape genomic framework that integrates large-scale environmental variables with high quality genomic data to investigate how Indo-Pacific bottlenose dolphins along the west coast of Australia have adapted to past environmental heterogeneity and to what degree their current genetic diversity will allow them to adapt to future environmental changes. 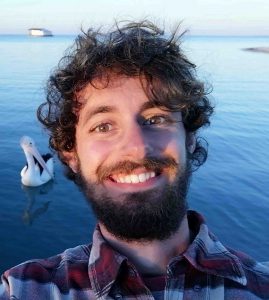 Male alliances in Shark Bay coerce females for mating opportunities and defend them from rivals. This is costly for both sexes: females are hindered from foraging when sequestered away from their primary habitat, while males are in constant competition with other alliances. For his PhD, Riccardo will use unoccupied aerial systems (UAS) to remotely measure different indices for body conditions of bottlenose dolphins and investigate the energetic costs of sexual coercion and male-male competition. 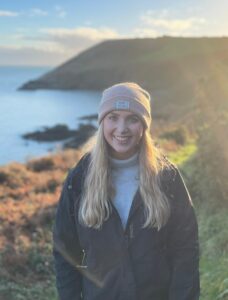 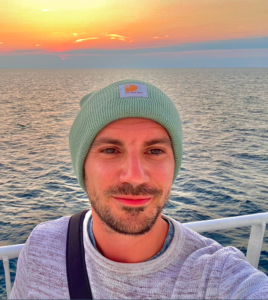 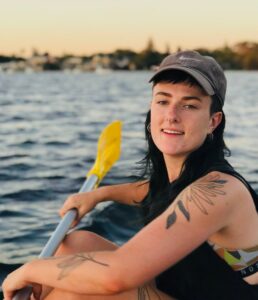 For her PhD, Stephanie is comparatively investigating the ontogeny of vocal complexity in the WA magpie (with Assoc. Prof. Amanda Ridley) and the Indo-Pacific bottlenose dolphin. While vastly different in many ways, these two species show interesting parallels in both their complex communication and social systems. With the Shark Bay dolphins, Stephanie will look at the development of social vocalisations in calves and juveniles and investigate how the social-vocal environment influences the formation of these unique signals. 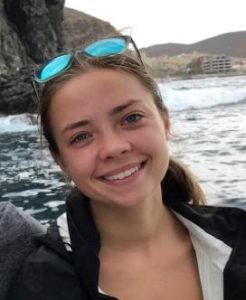 Human cooperation is thought to be mediated by language, a low-cost form of communication of virtually unlimited complexity. However, emerging research suggests that great apes and cetaceans also engage in higher order, polyadic cooperative acts that appear to rely on communicative signals. For her PhD, Emma will use field-based manipulations using state-of-the-art technology (integrating drones and playback experiments) to determine the role that vocal signals play in coordinating polyadic cooperative acts among male dolphins. 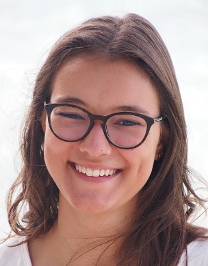 Julia graduated from the University of Zürich with a BSc in Biology. For her Master’s thesis, Julia will investigate alliance structure of male bottlenose dolphins in the western gulf of Shark Bay and compare it to the east. As a second part of her project, Julia will apply Y-chromosomal genetic markers to investigate male population structure and resolve paternities.

Dr Sonja Wild is a postdoctoral researcher at the University of Konstanz & Max Planck Institute of Animal Behavior in Radolfzell, Germany, studying conditions that trigger switches from established to alternative behaviour in a social context using small passerine birds as a model system. Her main research interests lie in the mechanisms underlying the spread of behaviour in wild animal populations and how animals respond behaviourally to changes in the (social and physical) environment. For her MSc degree at the University of Zurich (Switzerland) and her PhD at the University of Leeds (UK), Sonja spent 7 field seasons in Shark Bay to investigate the spread of foraging behaviour in the dolphin population by integrating behavioural, environmental and genetic data. She also investigated the impacts of a marine heatwave on the population’s demography. 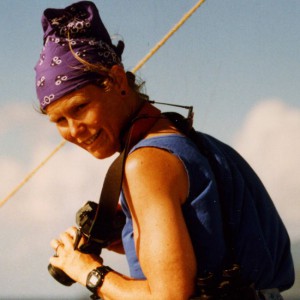