The 2015 field season was incredibly successful thanks largely to our amazing crew (Teresa Borcuch and Giulia Donati), without whom this success would not have been possible. In four months, we conducted hundreds of behavioural surveys across our entire study area and collected more than one hundred tissue samples.

We are sad to report that several dolphins, whom we have known for decades, have no longer been sighted in recent times. The most prominent among those missing is Real Notch, an old Red Cliff Bay male who had an impressive record spanning three decades – both when it comes to consortships and also paternities. He will be sorely missed, but will live on in our memories, in scientific papers and in legend!

Another loss this year was Nicky, one of the regular visitors to Monkey Mia beach. She was probably one of the most well-known and most frequently photographed wild dolphins in the world. Her disappearance in June, just short of 40 years of age, has made international headlines and thousands of people have expressed their condolences over social media. She left behind her two and a half year old calf, Missel. While we were hopeful at first, she was last sighted a couple weeks after Nicky’s disappearance and has, unfortunately, not been sighted again since.

The dolphin society is changing! Many of the male alliances who have dominated the eastern gulf in recent years are slowly disappearing, existing alliances are changing, and we have identified several potential new alliances, with young male dolphins who might take the old alliances’ place in the years to come. Only time and continued survey effort will tell if they succeed. The 2016 season is just around the corner and we aim to make it as successful as 2015 has been. 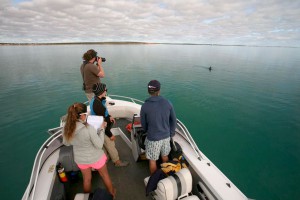 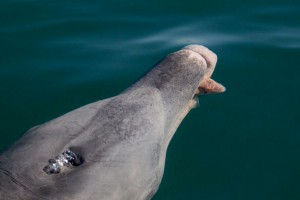 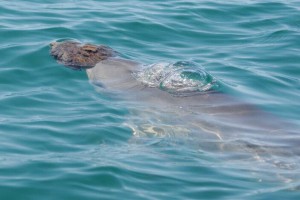