In 2005, Piccolo (the dolphin) brought the people (who normally feed her) at Monkey Mia a sizeable pink snapper. Despite having it handed back to her by rangers, she insisted. Pay-back for years of free hand-outs? 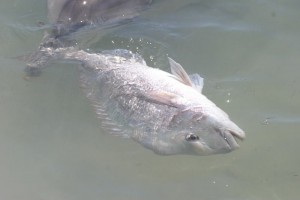 Fast forward to 2016 and she still has some adept foraging skills. As for the hapless snapper, ever get the feeling you’re being watched?: 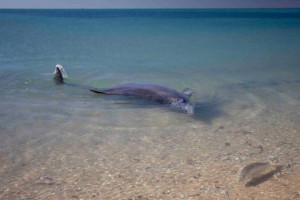 A little burst of acceleration and some hydroplaning: 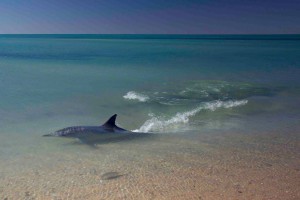 She pivots… the jaws of death await… a near miss: 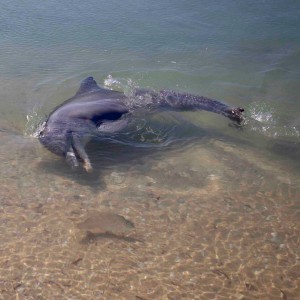 At this point, it still seems reasonably fair… the fish has a chance of escape in the shallows, right?: 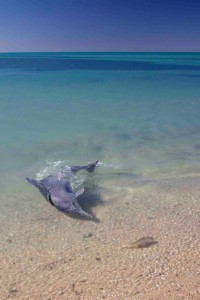 Aargh! 150 kg grey torpedo armed with tens of teeth out there and the mighty winged shadow of death with a huge beak in here? Utterly unfair: 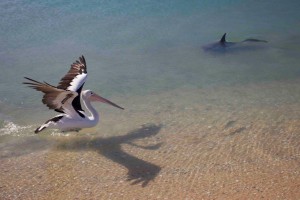 Piccolo at risk of losing her well-rounded (up) meal… Flee fishy! …an even nearer miss: 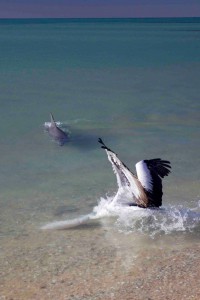 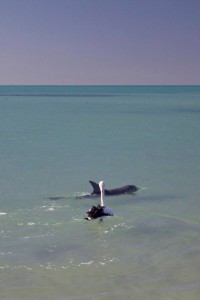