…after Osmo’s bruising encounter, we had a day of searching for, but not finding, Floppy’s Crew. Then another windy stretch kept us off the water. Five days later we were back out there, and found Floppy, Splitfin and Sherman, another member of their second-order alliance, filling the space where Osmo should have been. They were involved in another social interaction with some females. Where was Osmo? Had he succumbed? Were Floppy and Splitfin that fickle!? Or is that just what it takes to be a successful male in this busy, competitive bay? No time for mourning a loss. The ‘new’ trio were regularly in formation behind the female.

We went on the search for Osmo a few more times without luck, and Stephanie’s field season had come to an end. We left Shark Bay with a sense of foreboding, but hoped Sonja and her team, continuing for another two months, might have some good news for us down the track… 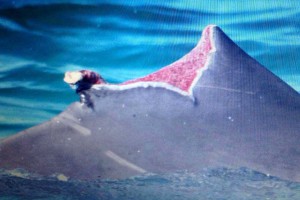 Yesssss!!! About three weeks later, we finally got a long-awaited whatsapp message from Sonja and the team… “Can anyone help us ID this finless dolphin!?” Apparently the lads Floppy and Splitfin, still with other members of their second-order alliance, were involved in a bit of intense socialising action when a big finless fella came charging in… but then he held back and watched from the periphery. Discretion is the better part of valour! Here was Osmo, back, fin-less and healing.

Fast forward to early September when Sonja and I were back on the Bellefin Flats… who did we find? Floppy. Splitfin. And Osmo! 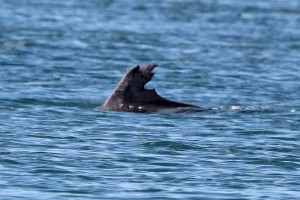 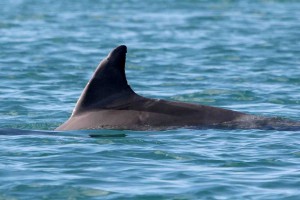 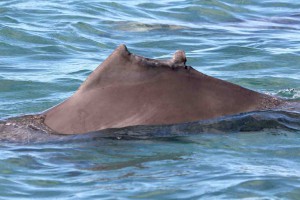 On our final day on the water in the western gulf for 2016, we headed down into Useless Inlet and found the big males, together, and consorting a female. Floppy was showing even more evidence of intense social interaction in recent times; We got a couple of celebratory leaps from Splitfin; And Osmo, off to the side. Foraging. The Return of the King! 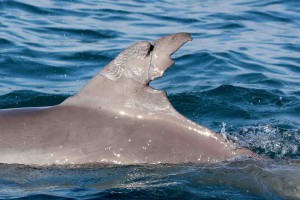 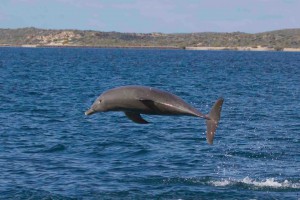 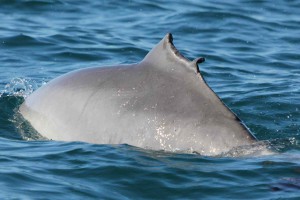