The dolphins of Shark Bay are famous for a number of reasons, not least of which is the strong tendency for adult males to form multi-level alliances in order to consort receptive females, compete against other alliances for access to females, and protect females from attacks by other alliances. In the feature photo above, the young fella Floppy, second from the left, mixes it (tho’ probably more as a spectator than a participant) with some of the big, well-established males on the Bellefin Flats in western Shark Bay in 2009.

By 2013, a first-order alliance of three lads, Floppy, Splitfin and Osmo seemed to be solidifying around the entrance to Useless Inlet (their bigger, second-order alliance known as “Floppy’s Crew”). 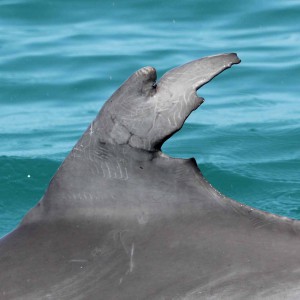 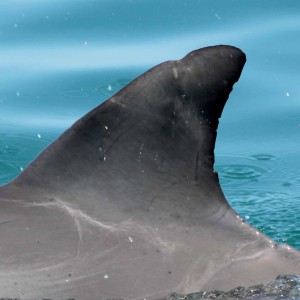 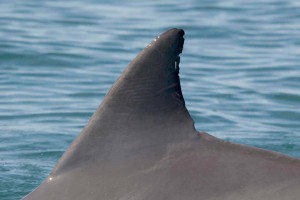 We’ll never know whether Floppy and Splitfin’s superbly sculptured dorsal fin profiles are a result of shark bites or intense social interaction with other dolphins. “Rake marks” from the teeth of other dolphins are prevalent in these images. Osmo sports a distinctive dorsal keyhole.

The trio were a tight alliance by 2014 and 2015 field seasons. Here, Osmo has some rake marks from recent socialising; he surfaces close to Floppy; and Splitfin forages nearby. 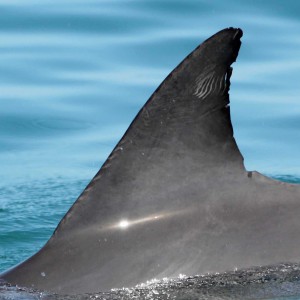 In early 2016, we found the now predictable and formidable trio consistently in and around the top half of Useless Inlet and the deeper channels near the dunes – Osmo now even more distinguishable with a deep tip-nick at the apex of his fin. Fairly typical of these guys (and many other first-order alliance trios), there often seems to be a tight pair and ‘the odd guy out’: Floppy and Splitfin the pair, Osmo the third wheel, but still never far. Synchrony in behaviours indicates a tight bond. 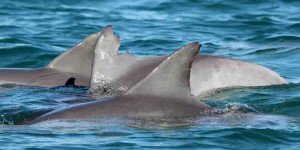 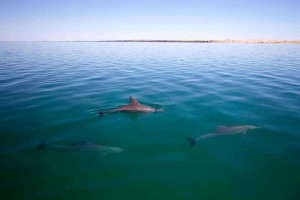 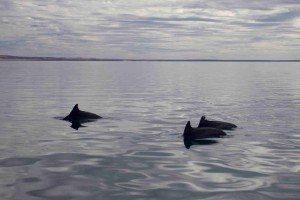 Floppy’s Crew is one of Dr. King’s focal alliances, and here we were on a focal follow in the inlet shallows after Floppy, Splitfin and Osmo charged in and saw off some young males, then investigated the females with older calves. 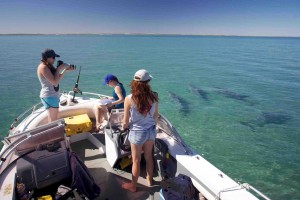 It seemed like every time we found these guys in 2016, Floppy and Splitfin would be tight together, travelling or resting, while Osmo would be off foraging. Longer dives. Unpredictable surfacing locations. This could make for a challenging and/or uneventful focal follow, but at least he was bulking up for winter! Being judgemental types, we started calling him ‘Osmo ate all the pies’.

Then one evening, another trio (from the second-order alliance “The Baywatchers”) came purposefully in behind Floppy, Splitfin, Osmo and their lady-friend. Esther and his buddies, Doo and Caipirinha, surfaced synchronously behind our lads and their lady. The intent was clear… we’re here, we’re tight, and we’re interested… 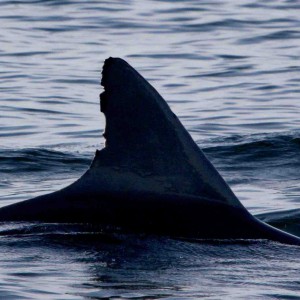 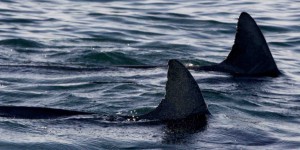 We were stunned (and thoroughly impressed) to witness Osmo drop back a little behind Splitfin and Floppy, arch his back and flex hard, in a display with tail, head and open jaw out of the water (sorry, but I was just too slow on the trigger finger). He then positioned himself repeatedly between the approaching Baywatchers and the female. The Baywatchers soon backed off and Osmo, Floppy and Splitfin relaxed, their female retained. Osmo does eat all the pies, and he is the muscle… King of the Inlet! 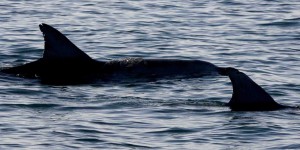 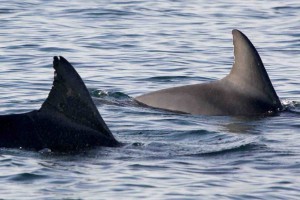 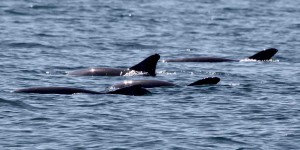 Later in June, we were surveying down into the inlet and we came across a wall of dolphins… they charged by us and it was clearly on – intense socialising between battling males over a female. As we tried to keep up with the melee, we started picking out recognisable fins. On some rapid surfacings, one big dolphin appeared finless. That individual surfaced consistently near Floppy and Splitfin… no, could it be…? On other surfacings, the freshly broken fin was ‘bouncing’ back upright… look! There is a tip-nick like Osmo’s (second from the left in the third image). 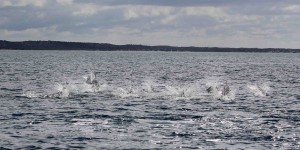 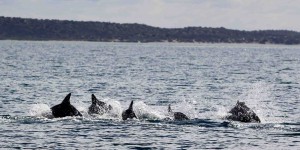 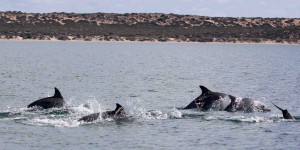 Ouch… that’s our big fella sporting an even-more-distinctive fin than that which he already had! Everything eventually calmed down, with the losing males moving back south into the inlet. Floppy, Splitfin and Osmo won the day, keeping the female Banquo… but at what cost? 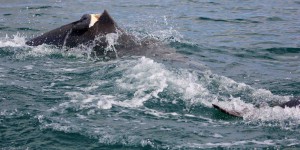 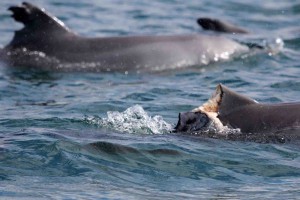 Banquo began foraging, while the lads followed slowly behind. Osmo then went back to some foraging of his own, but we thought he was moving pretty tenderly. We had to leave them at the end of the day, hoping we’d see them all again soon…